MSM (men who have sex with men) in Mexico City learn safe sexual practices and change behavior to get tested more regularly for HIV and Syphilis.

We worked with the Mexican National Institute of Public Health (INSP), Quinnipiac University and Berkeley University of California to create a serious game that encouraged safe sexual practices among the homosexual male population in Mexico.

The experience consisted of three aspects:

The web-app was built using Conducttr Communicator and allowed players to register with their email address while remaining anonymous within the app. Fun and informative interactive quizzes in the form of a whatsapp-style conversation were available for players to compete and gain points. Quizzes were updated weekly in Conducttr by the INSP team.

When players played the sex game, all their actions were sent and stored in Conducttr. Players were awarded points and badges for their engagement with the game, which was immediately reflected in the leaderboards and personal profile page.

For research purposes, Conducttr randomly distributed players between different groups so that they could be rewarded differently and determine if certain game mechanics were more effective in changing behavior.

The diagram here shows Conducttr acting as a hub, integrating data from the web-app, real-life clinics and the sex game.

INSP needed a mechanism that allowed users to check-in at clinics without having to give their name or identification. At the same time, they needed to keep track of the players, and validate their attendance to the clinic.

Conducttr proposed a solution to allow anonymous check-in and automatic reward of players:

When someone got to the clinic, the clinic personnel sent an email to a secret address requesting a code. Conducttr generated a unique code that was valid for one-time-use only. The code was given to the player so he could insert it into the web-app and collect his points. Once the player submitted the unique code, Conducttr made the validation and rewarded him.

One of the most important requirements for the project was to guarantee the anonymity of players when using the app and checking in to clinics. For this, Conducttr allowed email registration generating a unique id for players to be identified. Within the web-app, players were able to choose an anonymous username, and their email address was never public or accessible to anyone except from authorized INSP team members.

INSP team members were able to export data from Conducttr in a CSV file but able to exclude all personal details and use only a unique anonymous id for player identification. 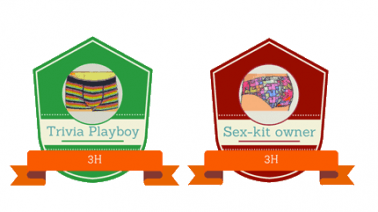 Only 32% of HIV-infected MSM know their status 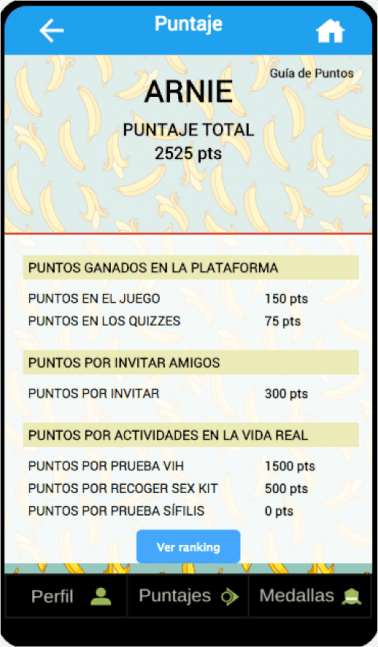