Our mission is to make everyone’s life an adventure. We believe that through adventure everyone can achieve their full potential in life and to create adventures, we fuse technology and storytelling to create engaging, immersive experiences that play out in the world around us.
We offer crisis exercises an unparalleled realism that allows participants to build confidence and directly transfer the experience to their jobs.
Our thought-leadership in participatory transmedia experiences informs product development and the creative process of building realistic, interactive storyworlds rich in detail for trainee exploration.
Our clients are among the most innovative in the world because they dare to seek new ways to improve the wellbeing and performance of their teams, their customers and their communities. Together we’re sharing and creating our own adventure by transforming the passing of time into life. 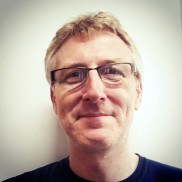 Robert Pratten
CEO & Founder
Prior to Conducttr Robert wrote, directed and produced two award-winning feature films and before that worked as marketing consultant in the telecomms industry. He is a vegetarian, part-time Buddhist and plays the guitar. 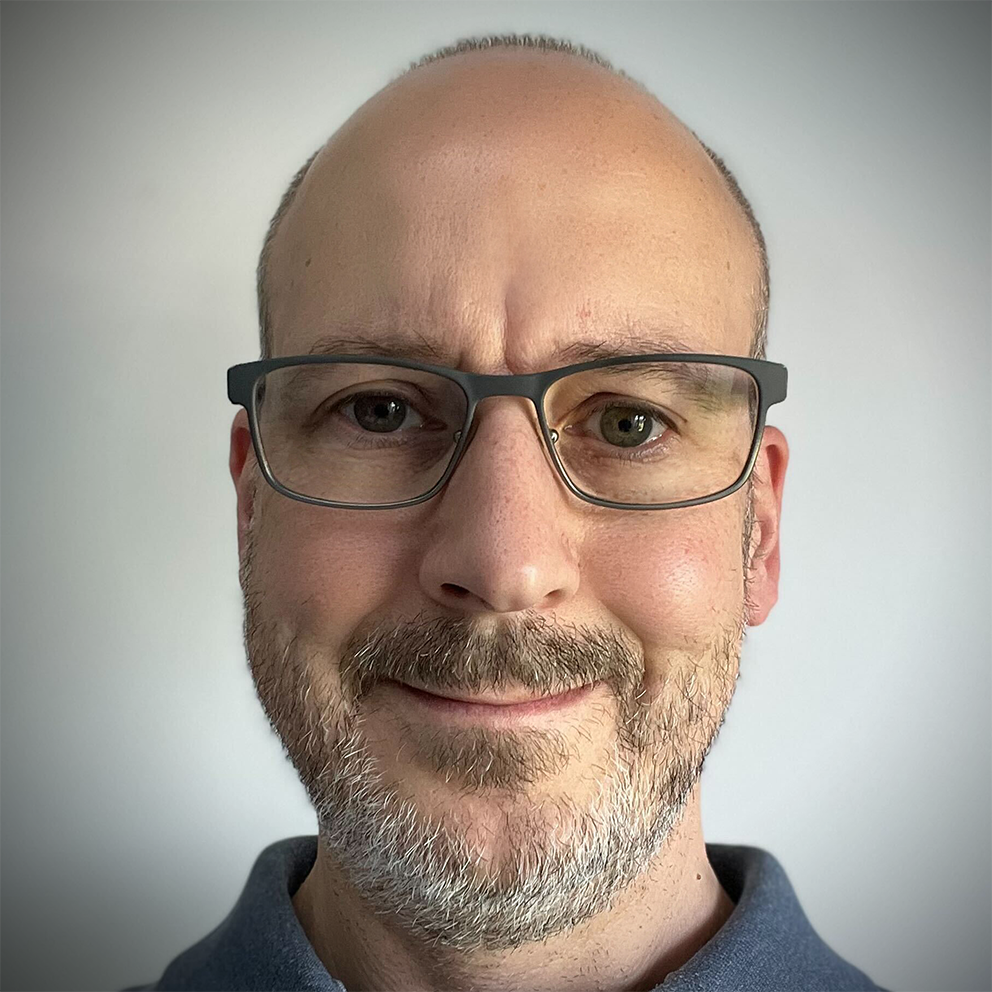 Jon Curl
CTO
Jon has 30 years+ experience in Software Development and Delivery Management across Financial Services, Aerospace and Retail sectors. He enjoys listening to indie, punk and post-punk music and goes to gigs as often as he can. 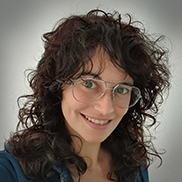 Belén Santa-Olalla
Chief Creative Officer
Prior to Conducttr, Belen worked as theatre director, producer, teacher, actress and creativity coach. She is passionate about performing arts and stage innovation. In her very rare spare time, she can be found playing PS4 or Magic The Gathering. 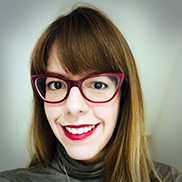 Nataly Rios Goico
Head of Product Development & Content
Nataly is an experienced interactive storyteller with a degree in Systems Engineering and an MA in Digital Media. She is a classically trained ballerina and an award-winning photographer. 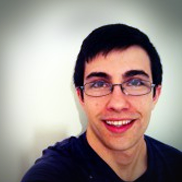 Eduardo Iglesias
Head of Simulation & Analytics
Eduardo has a 1st in Computer Science. When not creating 8-bit sprites for his indie games he's reading comic books and is a Sandman aficionado. 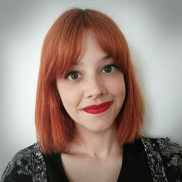 María Torres García
Head of Customer Relations
Maria has a degree in Media & Communication and an MA in New Interactive Media & Multimedia Journalism. Maria is a fan of punk music and Dr. Who. 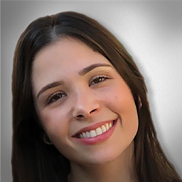 Fernanda Elimelek
Head of Solutions
Fernanda holds a degree in Advertising and an MA in Business Communications Management. She is passionate about the arts, music and spirituality and may be found deejaying to her friends in her spare time. 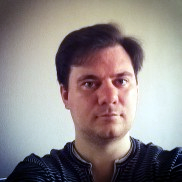 Andrey Grunyov
Back-End Developer
Andrey’s 30+ years of software development experience positions him as an expert senior developer in backend technologies such as .Net. He likes to experiment with IoT devices. 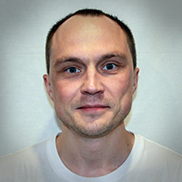 Oleg Lazutkin
Front-End Developer
Oleg is a Led Zepplin fan and when not bashing the keyboard he’s bashing his 25-piece drum kit. 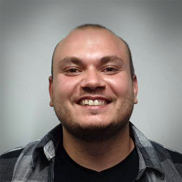 Marco Miranda
Front-End Developer
Marco is a Front-End Developer with a degree in journalism. Prior to software development, he worked for 6 years in Marketing and PR. When he is not coding, Marco is always looking for new TV shows… listing Game of Thrones and Big Bang Theory as his favourites. 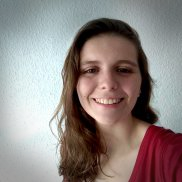 Marta Ruiz Pérez
UX/UI QA
Marta has a degree in Media and Communication and an MA in New Interactive Media and Multimedia Journalism. Her interests lie in transmedia storytelling, videogames and books. She is a trained finswimmer and a Harry Potter lover. 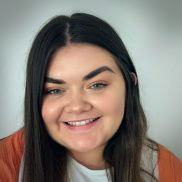 Amelia Freeman
Crisis Scenario Designer
Amelia has a 1st in American Studies and English Literature and won an award for a paper on female leadership in non-profit organisations, published by Roosevelt University, Chicago. She loves to travel and watch medical dramas in her spare time. 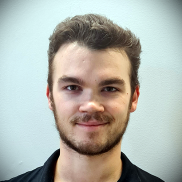 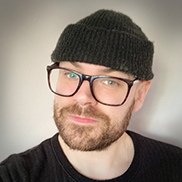 Tom Walker
Crisis Scenario Designer
Tom served 8 years as a Tactical Intelligence Analyst in The Parachute Regiment, where he was deployed across the globe on operations and exercises. He is a keen runner and is happiest on the trails in the winter time. 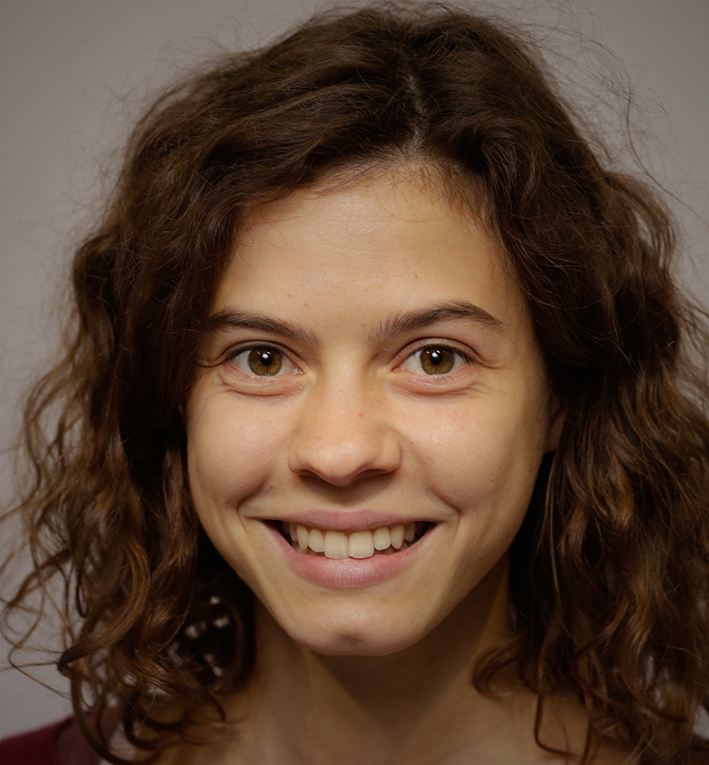 Arianna Cerea
Crisis Scenario Designer
Arianna holds a MLitt in Middle East, Caucasus and Central Asia Security Studies and a Bachelor in Arabic for International Relations. She is a journalist and is passionate about historical novels, climbing, skiing, hiking and travelling to remote and unknown areas. 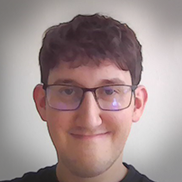 Jack Gillman
Marketing Coordinator
He has studied related subjects in 5 universities across 4 countries, ranked 1st in each and received 16 awards and scholarships. He is passionate about Philosophy, Psychology and Spirituality. In his spare time he can be found reading, volunteering and exploring music. 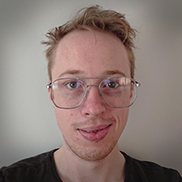 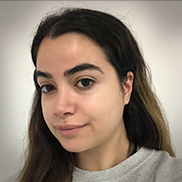 Ava Yaz
Software Developer
Ava holds a double bachelors in Music and Linguistics and would describe herself as a music nerd. She also enjoys language learning, video games, cult cinema and writing in her free time. 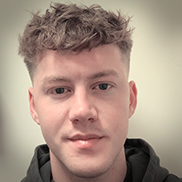 Charlie Pratten
Crisis Training Coordinator
Charlie has a degree in Business Management and Entrepreneurship & a MSc in Psychology. Charlie’s interests lie in music, travelling, football and chess. He loves to improvise on the piano in his free time. 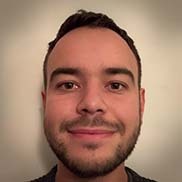 Joe Stoneman
Crisis Scenario Designer
Joe has a BSc in International Disaster Management and Humanitarian Response as well as an MA in War Studies. Before Conducttr, he worked at the House of Commons as a Strategic Resilience Assistant. Joe enjoys gaming and kayaking, he also used to play double bass and bass guitar.